Its been quite some time since i used this blog and so i wiped and started all over! I finally got most of my Thud Ridge stuff finished. The minis are mainly Tumbling dice (http://www.tumblingdiceuk.com/) with some resin from shapeways i think . The missiles and SAM sites as well as the airfields and towns are Fight On! (https://www.fightsonstore.com/) . The hills and forests are scratch built by me.

To the forces chosen.
I went with a package worth 39 points. A f-105 Wild Weasel section, Two F-111s, 3 Phantom sections and a SAR section for the inevitable shot down pilots! All up I would need 13 VP (your VP is a third of your force cost) to win the game! A very tall order, even worse with the haphazard way I applied my force. You get a single VP for destroying SAM sites or shooting down enemy planes. You also get 1 VP for every succesful pilot rescue. You get two VP for every hit on a Strategic Target and if you approach at level 1 with the F-111s you need a 3+ to get 2 hits per Aardvark, so they could net me 8 points! They cost a hefty 7 points to take in the lists though! 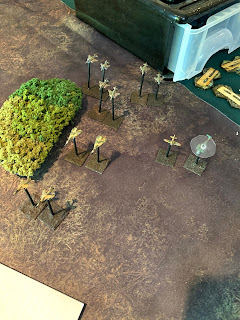 The VPAF force I chose to oppose was 24 points only needing 8 VP. It consisted of 2 Mig 21 sections with guns and missiles, 2 Mig 17 sections and 6 SAM sites! They could get single points from the US planes but 2VP for the F-111s though. 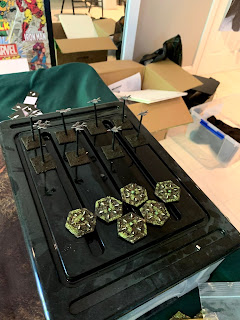 The Thuds rumble on escorted by an F-4 Section, looking for SAM sites to hit! 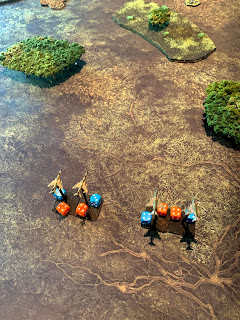 I tried to think what would i do as the Vietnamese player and so out came 2 SAM sites who could immediately launch at the USAF. A section of MIG17s rolled on to try to bag some imperialists.
One of the SAM batteries managed to get a lock on the F-4 Section leader. 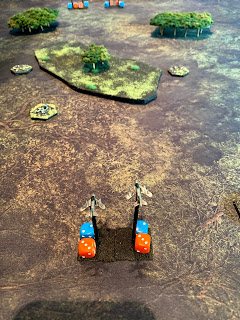 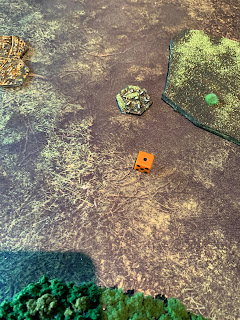 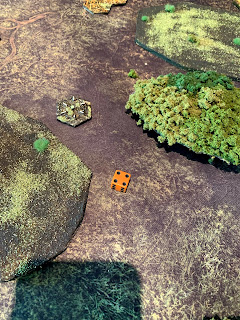 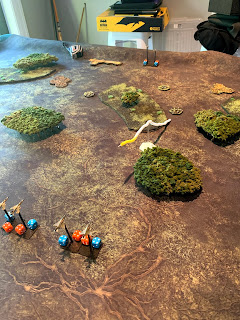 The Wild Weasels split up to separately go after the SAM sites while the Phantoms also split to do some fancy manoeuvring to attempt to break the lock from the SAM. 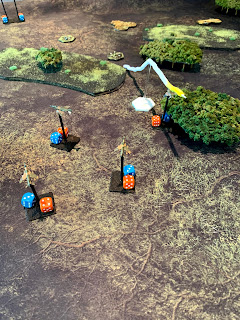 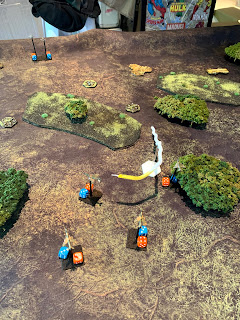 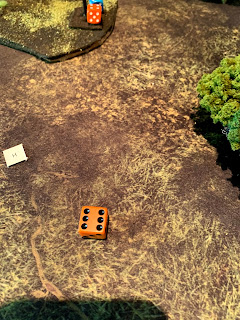 ....and there is the counter representing the downed pilot, looks like my SAR package is coming off the bench early!


The Aardvarks made there entrance coming in fast and very low. (The F-111 is my favourite plane, mainly because our own RAAF had them and growing up I remember them thundering overhead when visiting near Williamtown) 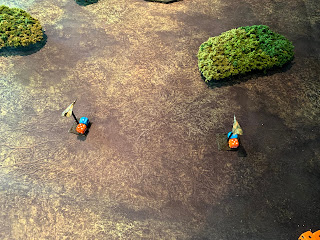 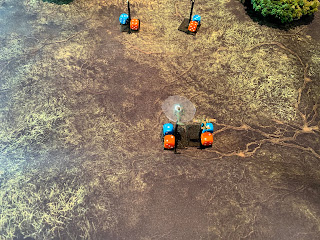 SAM got a lock on the Thud 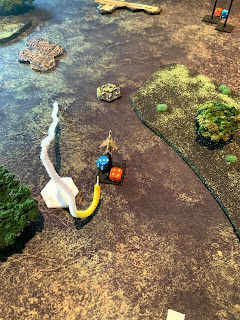 Another section of Phantoms entered to escort the F-111s 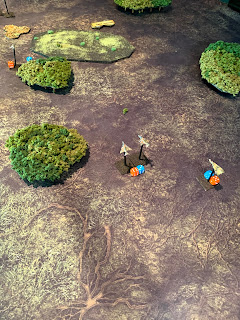 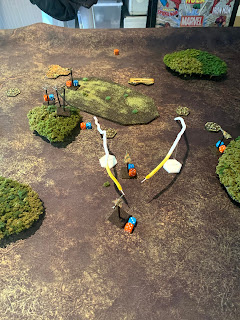 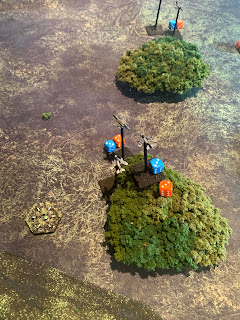 One of the Thuds turns off a SAM site but the other fails to launch his ARM. Looking grim for the Phantoms
The 17s fail to hit the Phantom with their guns but Oh oh here come the Mig 21s. One of the F-4s had just done a fancy Immelman and didnt realise the 21s were entering! 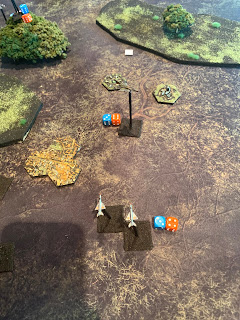 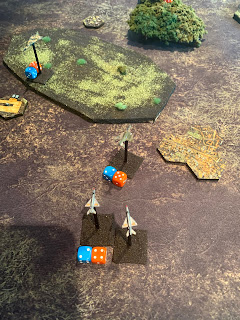 In brighter news the F-111s dropped their bombs on target and collected the maximum 8 VP they could get! 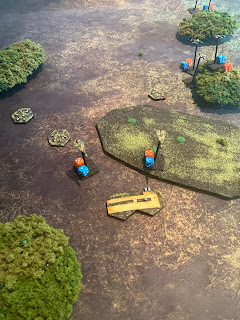 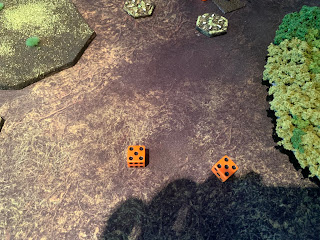 Meantime one of the Thuds went down to a SAM, I just kept rolling 6s for the VPAF.....very unlucky day for the USAF 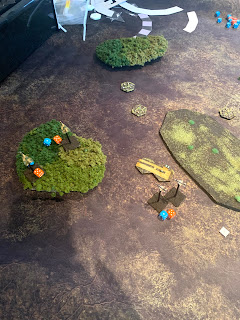 Another Phantom gets shot down by the Mig 21s. No more HS missiles but 2 Phantoms bagged by this section alone 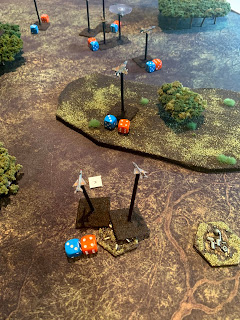 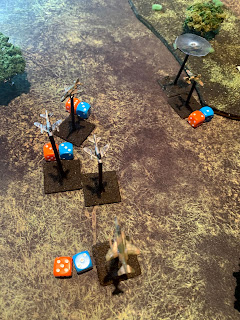 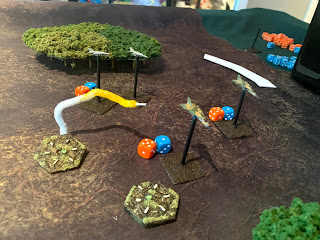 In the end the 21s dropped altitude and gunned the SAR down. One of the Mig-17s of course rolled a 6 and dropped a Phantom but the F4s managed to shoot one them down.
At the end of the game the VPAF had shot down 5 Phantoms the Two Wild Weasels and the SAR team. for 9 VP......one more than they needed. The USAF fell 3 short of their target having only shot down one Mig-17, Destroyed a SAM battery and 8 points from the F-111s successful run for 10 points in total.
Next game I think I'll leave the Wild weasels at home and one less section of Phantoms. That will mean only 10 VP needed........its a great fun game and very very hard for the USAF. The VPAF can get away with far less on the table and still manage to win, maybe even just have SAM sites and one section of Mig 21s to harass. Im looking forward to perhaps getting more games when the isolation is over at my club. Until then Ill try and get a few more solo games in.
Posted by Field Marshal at 11:53 PM 3 comments: